First, there is a critical distinction between auto accidents and an aggressive driving car crash where a driver is purposefully driving recklessly. In an aggressive driving car crash, a person is consciously endangering the safety of others on the roadway. It is important that drivers that consciously and willfully endanger the safety of others be held accountable for their actions and the injuries inflicted upon others.

Traffic congestion is one of the most frequently mentioned contributing factors to aggressive driving, such as speeding. NHTSA says that drivers may respond to traffic congestion by speeding, changing lanes often, or becoming angry at other drivers who they believe impede their progress. Some people drive aggressively because they are “running late” for work, school, or other appointment. Additionally, the anonymity of being in a vehicle can lead to drivers feeling less constrained in their behavior. The increase in cases of rude and extreme driving behavior in recent years could be chalked up to the fact that there are more drivers driving more miles on the same roads than ever before, says NHTSA. 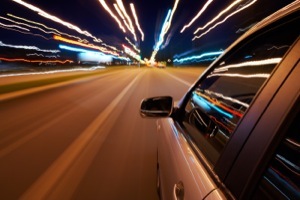 There is a significant difference between a car car that is caused by a negligent driver (for example, accidentally making an improper turn) and a road rage incident caused by an aggressive driver. The driver who is tailgating others, erratically changing lanes, cutting off other drivers, and excessively exceeding the speed limit threatens the lives and safety of others. This is more than reckless driving. This is the type of intentional behavior that warrants severe punishment under our law. Far too many fatal accidents and accidents resulting in serious injuries are caused by drivers exhibit aggressive driving behaviors, but an accident caused by an aggressive driver need not result in these consequences in order for the aggressive driver to be held responsible. The car accident lawyers at The Sessions Law Firm have obtained substantial recoveries for clients that have not been seriously injured when they were involved in crashes with aggressive drivers – we have even obtained substantial recoveries in cases that only involved property damage with no personal injury.

Contact our office today to schedule a free consultation and free case evaluation. We will you make sure that you are receiving appropriate medical care so that your personal injury claim is properly preserved and developed. Our injury lawyers will help you understand the process that your claim will follow. If you have been the victim of an aggressive driving accident, you should not have to worry about your medical bills will be paid. We’re experienced in the prosecution of aggressive driving accident, including those involving fatal crashes. We will make sure that appropriate communication with insurance companies occurs in order to protect your rights.

The words, “aggressive driving,” emerged during the 1990s as a label for a category of dangerous on-the-road behaviors. The category comprises following too closely, driving at excessive speeds, weaving through traffic, and running stop lights and signs, among other acts. Aggressive driving occasionally escalates to gesturing in anger or yelling at another motorist, confrontation, physical assault, glaring eye contact, honking horns, and even murder; “Road Rage” is the label that emerged to describe the angry and violent behaviors at the extreme of the aggressive driving continuum. NHTSA defines aggressive driving as, “The operation of a motor vehicle in a manner that endangers or is likely to endanger persons or property.” An important distinction is that aggressive driving is a traffic violation, while road rage, aside from the yelling and gesticulating, is a criminal offense.

The National Highway Traffic Safety Administration (NHTSA) defines aggressive driving as occurring when an individual commits a combination of moving traffic offenses that endangers other persons or property. Some behaviors typically associated with aggressive driving include:

What Is Aggressive Driving Under Georgia Law?

If you or your loved one is injured by an aggressive driver, be sure to gather all information of all parties involved, any witness information, and be sure to contact the attorneys at Hong & Sessions Law, LLC to move your claim forward.

GET YOUR FREE CONSULTATION